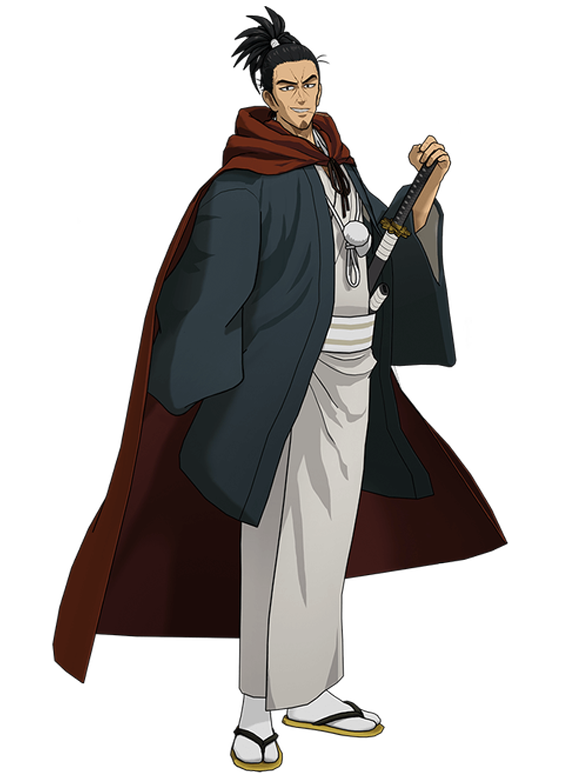 Manga, anime are hugely popular due to their characterization of their personalities, in depth story line and very gripping story telling cues. These all things make manga very famous not only in Japan but in the whole globe. One such widely popular and well known manga warrior is Atomic Samurai. He is widely regarded as one of the most powerful heroes ever existed in this manga world. He has immense speed and reflexes that are equivalent to that of Tiger and Cheetah. Let us know more about him in brief.

Kamikaze, also well known as Atomic Samurai first made his appearance in the world famous manga ‘One Punch Man’, episode 30. He made his debut in the anime in episode 10, whereas the Japanese VA debuted with Kenjiro Tsuda. Samurai is a very powerful hero in the Hero Association, where he works in the council of Sword masters. He has many superhuman abilities such as extreme physical power and mastering sword fights. He has huge crowd behind him as fans all over the globe, wait for his arrival in the manga as well as anime versions.

Atomic Samurai: Kamikaze is well recognised around the world for his powers and role in the manga. He has superhuman powers and abilities of sword techniques. He is a S-CLASS RANK 4 professional, making him one of the most powerful heroes in the history of the One Punch man universe. Samurai is an expert sword wielder and member of the council of Swordmaster. He is one of the most honest and confident persons in the manga world, where he uses his prickly attitude to showcase his straight forward nature to others.

Kamikaze is long 5 feet 10 inches tall handsome man with dark black hair in pony style with beautiful dark eyes and very typical macho cut out.he has very defined jawline, which makes him look rude and with the addition of small goatee beard makes him even more thug of a character to look upon. He is always seen in his traditional loosely fitted white robe tied with white sash which is covered by a big, long haori of blue and the back of that drape has the symbol of the atom. He wears his sword on the left side so that his right hand has the control of the upcoming threat to his life. 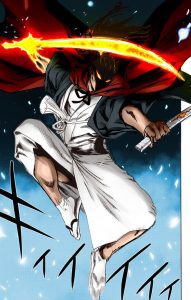 Kamikaze is really arrogant and aggressive in nature. He talks as rudely as he looks like. He is very sensitive to the comments passed on him, as anyone sees him, calls him by a middle aged guy, makes him quite a bit angry and leaves him out of control of not getting the tag of weak person. Samurai takes care of his disciples and teaches them with utter strictness and discipline. He is very fond of playing with his sword, as he is often seen with the most comfortable and relaxed persona when he is with his sword. He is very straight forward in nature and gives his opinion without fearing to anyone.