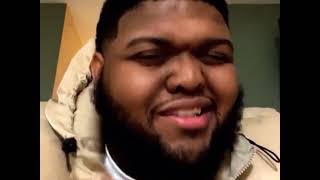 One the most hilarious and recent memes which made us chuckle every time it popped up in our feed is the one and only Druski’s – “what do you mean by that” meme. This meme and the template was discovered and created in the year 2020. Actually, it was a reaction video, in which he was reacting to another person which went viral. The source of this meme was from Instagram.

THE IMPACT OF THE DRUSKI MEME

There was a very heavy usage of this meme when it first came into light. The impact was so positive that, 2 years later still in 2022, it continues to spread funny vibes and chuckles all over the internet. This meme was special. Yes, it was funny but this meme became a pathway for people to tell their truth and opinion to the world in a format where people could not get offended. People saw this as a way to question wrong and suspicious content & ideas. For instance they made memes on people who don’t wear masks, people who think depression isn’t real etc.

His reaction video was also posted by a YouTube channel in 2020, which gained 451,400 views. Even many famous tiktokers made videos using this meme to make hilarious content which gained a massive amount of likes.

THE MOST HILARIOUS DRUSKI MEME EVER MADE

“What do you mean by that”

People started using Druski’s “what do you mean by that” to react to odd, suspicious, stupid or weird content.

Judge :“What do you mean by that?”

English teachers : “What do you mean by that?”

US Army recruiter : “What do you mean by that?”

Boyfriend : “What do you mean by that?” 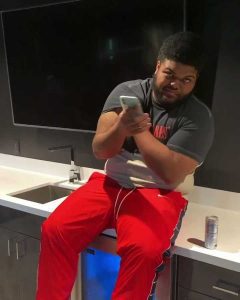 WHY MEMES ARE GOOD FOR YOU?

Since 2020, a lot of people are having stress and having a hard time coping up with their mind. We all sometimes feel un-motivated, sad, tension and negative thoughts.

Memes are the best way any individual or group can share to ease the tension and soothe the pain. When a mutual event happens, even a big pandemic, people make memes about it and share it with their group or the world. They can relate to the situation and laugh together. Nothing can go wrong when one tries to spread joy, when one tries to spread memes.