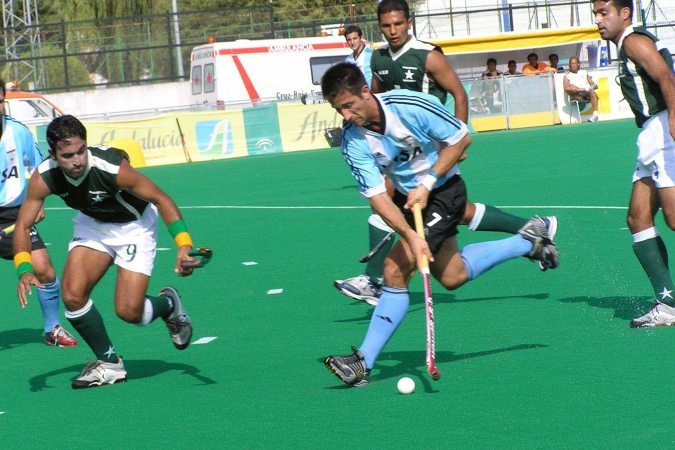 Hockey is a great sport that can be enjoyed by people of all ages. The objective of the game is to score more goals than the opposing team. To do this, players use a stick to hit a puck into the opponent’s goal.

In this article, we will cover the basic rules of hockey. We’ll also discuss how hockey started, the equipment needed to play, and the different positions on a hockey team. By the end of this article, you will have a good understanding of the game of hockey.

So, let’s get started!

Hockey is thought to have originated in England in the early 18th century. The game was played with a ball, not a puck, and it wasn’t until the 19th century that hockey started to resemble the game we know today.

The first organized hockey game was played in Montreal, Canada in 1875. This game was played between two teams of nine players each. By the late 19th century, hockey had become a popular sport in Canada.

What are the equipment or gears needed to play hockey?

There are also a few pieces of equipment that goalkeepers need like the goal mask which protects the face from being injured by the puck. They also wear a chest protector which covers the chest and stomach area.

Positions on a Hockey Team

There are six positions on a hockey team:

Now that we’ve covered the positions on a hockey team, let’s move on to the basic rules of the game.

Hockey is played on a rink that is 200 feet long and 85 feet wide. There are three zones on the rink: the defensive zone, the neutral zone, and the offensive zone.

The game starts with a face-off in the center of the rink. The referee drops the puck between two opposing players who then try to hit their teammates.

Players can use their sticks to pass, shoot, or carry the puck. They can also hit the puck with their bodies, but they cannot pick it up with their hands.

The puck must be kept within the rink at all times. If it goes out of bounds, play is stopped and a face-off is taken at the nearest spot to where the puck went out of bounds.

A goal is scored when the puck goes into the net. The team that scores the most goals in a game wins.

If there is a tie, the game goes into overtime. In overtime, each team has three players on the ice and the first team to score wins the game.

If a player breaks the rules, they may get a penalty. There are two types of penalties: minor and major.

A minor penalty results in the offending player being sent to the penalty box for two minutes. During this time, their team has to play with one less player.

A major penalty results in the offending player being sent to the penalty box for five minutes. During this time, their team has to play with one less player.

A player can also be given a misconduct penalty, which is a ten-minute penalty. This is usually given for fighting or repeated minor penalties.

The team that has been penalized can stop the other team from scoring by having the goalkeeper hold the puck in his glove or by using their sticks to block shots.

Now that you know the basic rules of hockey, you’re ready to hit the ice!