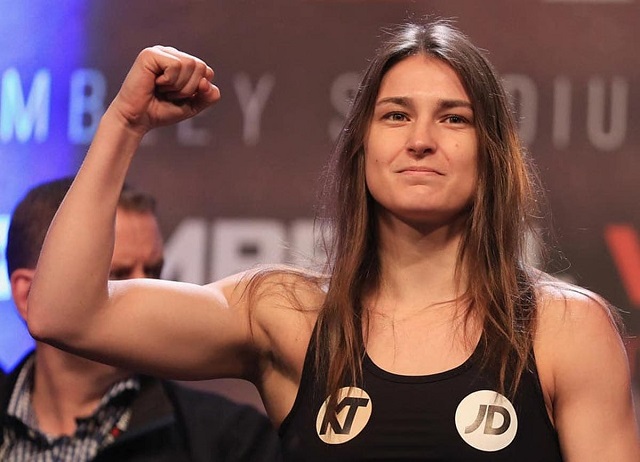 With the help of fight fans and promoters, female professional boxers are indeed now earning much-deserved respect. A major credit behind this goes to Lou DiBella, who did respect female pugilists when it was not even at the Olympic level. In 2012, female boxing joined Olympic rings. Since then, it has been a privilege for every fight fan to see a new angle in the sport. The great thing about boxing is that it does indeed offer many creative beings. All of them act in a different manner. It makes the sport even more productive.

Let’s take a look at the top five female professional boxers in 2021.

Jessica McCaskill did not start her professional boxing career. The 36-year-old lost to Katonya Fisher in her second fight and Katie Taylor in her seventh battle. Despite facing these many ups and downs, McCaskill beat Cecilia Brækhus in August 2020. Hence, she became the undisputed welterweight champion. McCaskill then defeated Brækhus in the rematch in March 2021 (Instagram).

Amanda Serrano is a quality Puerto Rican professional boxer. She has won 39 times in her pro career, with just one draw and one defeat. She is the WBA and WBO featherweight champion of the world (Instagram).

Technically, Savannah Marshall is the best boxer in the whole world in many eyes. However, she has to beat Claressa Shields for taking the spot. Savannah is unbeaten in her pro career with 10 victories. She is the WBO middleweight champion. Many fight fans believe that Savannah is indeed just too good for Shields (Instagram).  Also, know about –  Prince john James fury

Unbeaten Claressa (10-0-0) Shields can be the best female fighter in many eyes. However, she does have to beat Savannah for the top spot. Savannah did beat her in the amateurs. Claressa Shields is a two-weight undisputed champion. She is the first one in history to do so (Instagram). Claressa is the only American to win two Olympic gold medals (2012 & 2016).

Katie Taylor is the 2012 Olympic gold medallist. For Ireland, she is indeed the greatest ever sportsperson. Katie is unbeaten in her professional boxing career. She is the undisputed lightweight champion of the world. Katie has played a huge role to make women’s boxing look just world-class (Instagram).