Top Australian Jockeys To Watch in 2022 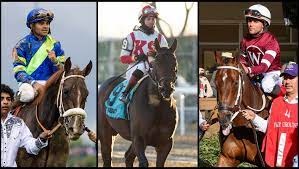 There is a lot of great talent in the world of horse racing. The spotlight may have been on some names for a long time while others have emerged in recent years. Seeing new players dominate the sport is exciting.

A year ago, you might not even have heard of some of these names. The following list includes a mix of young and more experienced jockeys you should keep an eye on in 2022. These are the types of jockeys that are always involved in horse racing today, so it’s each to follow them.

With James McDonald being so dominant and Tommy Berry having risen to become a top jockey in the last 12-24 months, it’s always hard to find a competitor to follow in Sydney. Alysha Collett, however, is one to watch. The city will keep offering opportunities to her, and she will become a rider to follow with confidence in 2022.

Trainers have taken too long to figure it out, but thankfully, Meech is on her way to becoming the best riders for leaders in the state, so her opportunities are starting to reflect her status. She is likely to continue her impressive year-end performance throughout 2022 as she seems to be able to judge pace better than most jockeys.

It is an obvious choice since she missed the Spring Racing Carnival of 2021 and will have plenty to prove in 2022. After returning to the riding ranks at the tail end of the year, she has had some success, but appears to be just getting ready for the feature races that will emerge in the new year.

Was riding arguably as well as Kah at the back end of last season before being forced onto the sidelines. As he is not noted for carrying light weight, it may take him some time to find his rhythm, but there is no doubt he is a talented jockey and will be in high demand for the top-end races throughout the year.

While still in her relatively early riding career, she has shown great potential from the beginning, and her master Pat Carey has done a superb job in managing her. It is certain that her 3kg metropolitan claim will attract many trainers over the summer months, and it looks like she is about to make her mark among apprentice riders.

It is no secret why he is one of Victoria’s top jockeys, and we believe he has the best chance of winning the 21/22 jockeys’ premiership.

It’s been great to have him in Queensland and he is getting great rides from top stables. Eagle Farm and the Sunshine Coast suit him because he is a more patient rider. He can also ride light. These are all characteristics that indicate he will be a good premiership rider.

He has relocated permanently to Victoria and is continuing his winning ways from last year, when he finished second nationally in overall wins with 194 at a 20 percent strike rate across all prices. Most of the main stables down south are giving him opportunities now, which will result in him riding regular winners.

Edgley has shown the ability to suggest she will have a great 2022, one that should see her riding successfully in the metropolitan area of Victoria. Compared with Victoria’s most experienced jockeys, she has a 20 percent winning rate and a 46 percent place rate.

In addition to establishing himself at the top level of senior riding ranks, and with the backing of a number of leading stables, he looks set to realize the early potential he displayed as an apprentice.

In 2022, we will likely see more of these above-mentioned jockeys. Although there are undoubtedly more. Who knows, maybe the year 2022 will spawn even more names that will one day be written in history books?