Why is iOS More Popular Than Android? 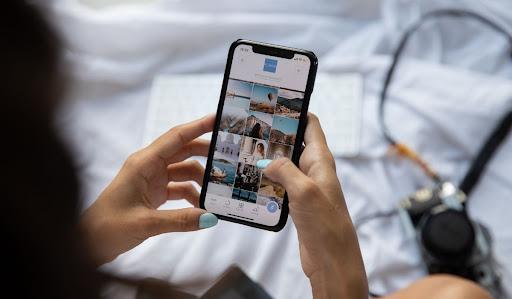 iOS has been the top mobile operating system in the world for several years now. Android, on the other hand, has been steadily gaining market share, but still lags behind iOS in terms of overall popularity. So, what explains this difference? In this article, we’ll take a look at some of the key reasons why iOS is more popular than Android.

The app store is one of the most important aspects of any mobile operating system. It’s the main way that users find and install apps on their devices. iOS has long had a better app store than Android. It’s better organized, easier to use, and generally just more user-friendly. The app selection is also generally better on iOS, with a wider variety of high-quality apps to choose from.

iOS is generally considered to be more secure than Android. This is because it’s a closed system, and Apple has strict control over what apps are allowed in the app store. This means that there are fewer opportunities for malware and other security threats to make their way onto iOS devices. The security level provided by iOS is one of the top reasons why people like to build iOS apps over Android apps.

Another reason that iOS is more popular than Android is because of better hardware support. Apple designs its own processors and other hardware components, which ensures that they work well together. Android devices, on the other hand, are often built with a variety of different hardware components from different manufacturers. This can lead to compatibility issues and other problems.

iOS is generally more user-friendly than Android. It’s easier to use and navigate, and it comes with a number of features that make it more convenient to use, such as Siri, Face ID, and Apple Pay. Android is getting better in this regard, but it still lags behind iOS.

Finally, iOS devices generally get better support than Android devices. Apple provides regular software updates and works to quickly fix any security vulnerabilities that are discovered. Android manufacturers are not as quick to provide updates, and many devices never end up getting the latest version of Android.

When you compare the overall experience of using an iOS device to an Android device, it’s clear that iOS comes out ahead. It’s a more polished and refined operating system, and it just works better. If you’re looking for the best mobile experience, iOS is the way to go.

While the Google Play Store has a larger selection of apps overall, the vast majority of the most popular apps are available on both iOS and Android. However, there are still some notable exceptions, such as Instagram, Snapchat, and WhatsApp. So if you’re looking for the absolute best selection of apps, iOS is the platform for you.

These are some of the key reasons why iOS is more popular than Android. While Android has made some strides in recent years, it still lags behind iOS in terms of overall popularity. However, it’s important to remember that both platforms have a lot to offer, and it ultimately comes down to personal preference.

Zara Raza is the Marketing Lead at Sunvera Software. Sunvera is a local software development firm based in Irvine, CA, providing intelligent software solutions for small and mid-sized businesses as well as entrepreneurs and startups.

10 Easy Things to Do on A Simple First Date